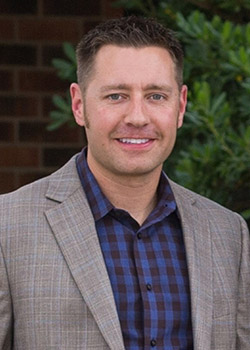 Clayton A. Collier’s career as a professional environmental scientist spans over 15 years of experience dedicated to a range of environmental projects for government, commercial, industrial, and private entities. Mr. Collier has developed an understanding of a large array of environmental regulations and how to implement them, while striving hard to help his clients move forward with their projects and remain in compliance. As a Registered Environmental Manager and as General Manager of Hydrex, he directs a team whose goal is excellence. The success of this effort is evidenced by the growing list of long-time clients and on-going projects. Mr. Collier is qualified in conducting Phase I & II Environmental Site Assessments (ESA), which are an integral part to many private, commercial, and industrial real estate transactions. He is further experienced in a variety of environmental sampling and analysis techniques along with the application and utilization of numerous sampling and monitoring devices. In addition, Mr. Collier manages the GIS Mapping department of Hydrex. GIS mapping and the use of small unmanned aircraft systems (sUAS) is an important part of the Hydrex team. Drones have been used by Hydrex for topographical surveying, volumetric measurements of stockpiles, aerial photography of industrial facilities, vegetation analysis of wetlands mitigation banks, and even storm damage assessment of landfills after Hurricanes Harvey and Irma.

Mr. Collier’s specific experience lies in investigations, delineations, and jurisdictional determinations concerning waters of the United States, including wetlands.  He has worked successfully with clients to streamline United States Corps of Engineers (USACE) permitting.  He is proficient in performing functional analyses of waters of the U.S. for purposes of determining compensatory mitigation ratios as well as to aid in feasibility studies for potential mitigation banks.  He has managed numerous projects related to the delineation, permitting and mitigation of Section 404 and Section 10 waters of the United States, including large tracts proposed for development, solid waste facility expansions, proposed wetland and stream mitigation banks, over 300 miles of linear projects  and over 200 multi-acre oil and gas facilities.  Mr. Collier is skilled in performing habitat surveys for rare, threatened, and endangered species and identifying the potential to affect their critical habitat. He is qualified in advancing projects through consultation with the United States Fish and Wildlife Service (USFWS) in accordance with Section 7 of the Endangered Species Act.

In 2017, Mr. Collier acquired Hydrex Environmental after working for the company and mentoring others in the field of environmental science, wetlands delineation, and mapping. Mr. Collier serves as Senior Environmental Scientist and General Manager of Hydrex Environmental. He was instrumental in starting the Hydrex Drone Division in 2015 that uses cutting-edge technology to provide extensive and highly detailed data collection that is safer and more cost effective than traditional data collection methods. Hydrex provides clients with high resolution imagery and topography of their site. Aerial photographs that are collected from the drone are post-processed to create a three-dimensional point cloud from which elevations and contours can be derived. The high resolution of the aerial photographs allows for topographical data to be highly accurate. Leak detection assessments are also a main focus of the Hydrex Drone Division.

Mr. Collier believes in giving back to his community through working with organizations that make an impact. As a representative of Hydrex, he has served as the chairman of the Lanana and Banita Creek Trail Project since September 2015. Under his leadership, the committee has completed a major 1.5-mile extension of the Lanana Creek Trail throughout the north side of Nacogdoches. The Lanana Creek Trail has always been a popular trail for hiking, walking, jogging, and cycling in Nacogdoches and the new trail extension helps to promote nature, family, and fitness throughout urban Nacogdoches. Hydrex provided personnel and expertise that was instrumental in preparing for and securing a non-motorized trail grant from the Texas Parks and Wildlife Department in the amount of $200,000. Recent efforts by Mr. Collier and the trail committee have opened an additional 1.0 mile of new trail in Nacogdoches. Additionally, a $100,000 grant has been awarded to the trail project from a local non-profit organization for the completion of four trail improvement projects in 2018.

Mr. Collier has been active in several capacities to represent and advance the profession of wetlands delineation. He regularly participates as an assistant in science lab courses by demonstrating various environmental sampling techniques, methodology for property assessments, and GIS/drone mapping applications. Hydrex donated the man-power and machinery to install three monitor wells on SFASU property for geology and environmental science students to use in research. Some of his additional contributions are: 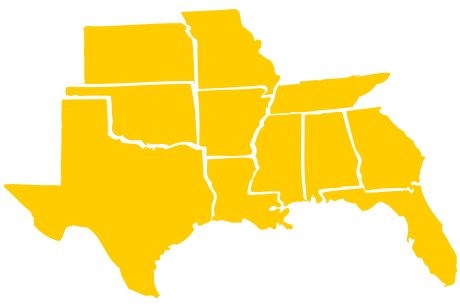